Seeing from Above: The Aerial View in Visual Culture 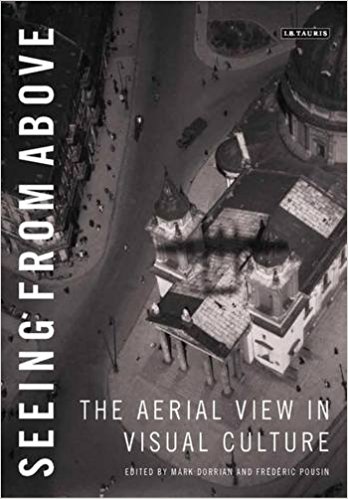 From sixteenth-century Roman maps, to the Luftwaffe’s aerial survey of Warsaw, the London Eye to Google Earth, visual culture is saturated with aerial imagery. The aerial view — the image of everywhere- has become natural, desirable, omnipresent, yet its rise to pre-eminence as a ‘way of seeing’ raises pressing questions about its effects and meanings that have not yet been explored. More immediately than any other visual modality, aerial imagery gives us- and supports our idea of- a totalizing overview, a world-view, and thus in turn requires that its implications be explored as the ‘symbolic form’ of the global era. However this ‘view of the world’ keeps undergoing transformations as technologies continue to be invented and refined. Underpinned by a cross-disciplinary approach that draws together diverse and previously isolated material, this text examines the politics and poetics of the aerial view in relation to architecture, art, film, literature, photography and urbanism, and explores its role in areas such as aesthetics and epistemology. Using examples of specific cultural moments to elucidate the wider theory, this is the only book to provide a cultural history of the aerial imagination and its centrality to visual culture.