The Edge of Vision 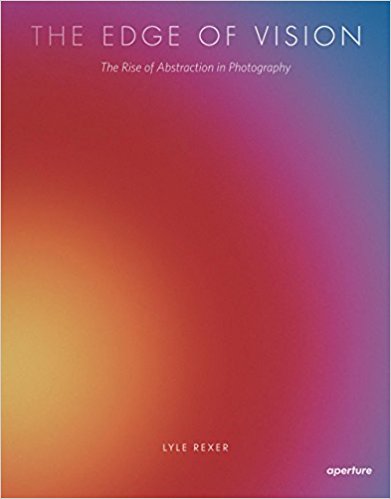 From the beginning, abstraction has been intrinsic to photography, and its persistent popularity reveals much about the medium. Now available in an affordable paperback edition, The Edge of Vision: The Rise of Abstraction in Photography is the first book in English to document this phenomenon and to put it into historical context, while also examining the diverse approaches thriving within contemporary photography. Author Lyle Rexer examines abstraction at pivotal moments, starting with the inception of photography, when many of the pioneers believed the camera might reveal other aspects of reality. The Edge of Vision traces subsequent explorations—from the Photo-Secessionists, who emphasized process and emotional expression over observed reality, to Modernist and Surrealist experiments.
In the decades to follow, in particular from the 1950s through the 1980s, a multitude of photographers—Edward Weston, Aaron Siskind, Barbara Kasten, Ellen Carey and James Welling among them—took up abstraction from a variety of positions. Finally, Rexer explores the influence the history of abstraction exerts on contemporary thinking about the medium. Many contemporary artists—most prominently Penelope Umbrico, Michael Flomen, and Adam Broomberg and Oliver Chanarin—reject classic definitions of photography’s documentary dimension in favor of other conceptually inflected possibilities, somewhere between painting and sculpture, that include the manipulation of process and printing. In addition to Rexer’s engagingly written and richly illustrated history, this volume includes a selection of primary texts from and interviews with key practitioners and critics, such as Alvin Langdon Coburn, László Moholy-Nagy, Gottfried Jägger, Silvio Wolf and Walead Beshty.