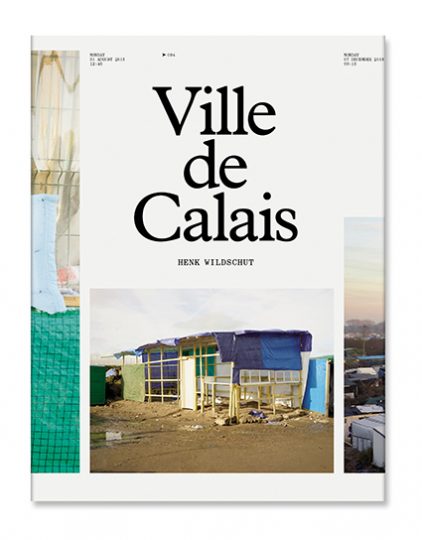 Nearby the harbour city of Calais in France, a parallel world has existed for more than ten years. Here, refugees from Africa and the Middle East await their chance to cross the Strait of Dover and reach the United Kingdom. Since 2005 photographer Henk Wildschut has followed the increasing stream of migrants whose journeys end in limbo outside Calais. Gradually, their forest camps have grown to resemble a city, with houses, restaurants, churches, mosques, and libraries. The paths have become a road network, and toilets and electricity have been provided. Rather than capture personal stories and portraits, Wildschut documents the physical traces of these invisible people.