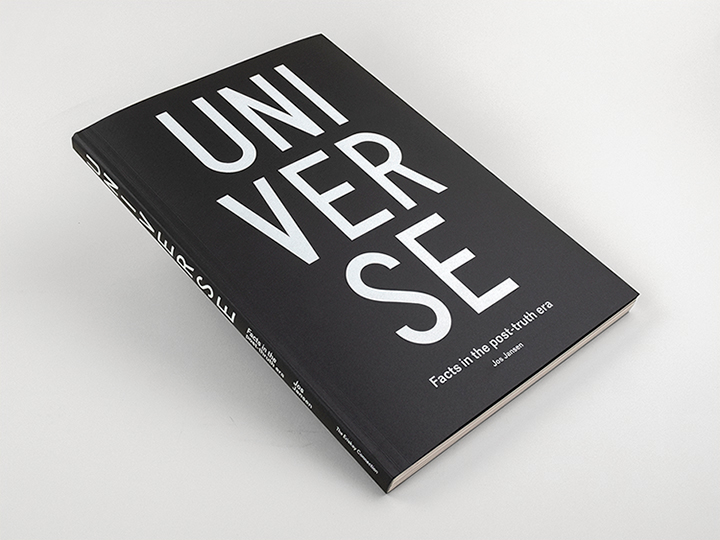 Universe is about curiosity, comprehending, and knowing. Knowledge for the sake of knowledge. Comprehending for the sake of comprehending. Fundamental scientists as modern explorers. Pioneers who are trying to understand the world and waging a war on mortality. But what are the major mysteries that they grapple with now? And what do scientific facts mean in a world of fake news and alternative facts?

In Universe, Jos Jansen explores research topics in the domain of hard science, like dark matter and new galaxies. His explorations also extend to genetic research, soft robotics, and artificial intelligence. Jansen observes and documents the passionate quest for seemingly useless knowledge — the type of knowledge that often takes many years to result in a crucial breakthrough that changes the world and helps people lead completely different lives. In this nearly incomprehensible world, he builds a parallel, artistic universe using his own images, found footage, and data visualisations.