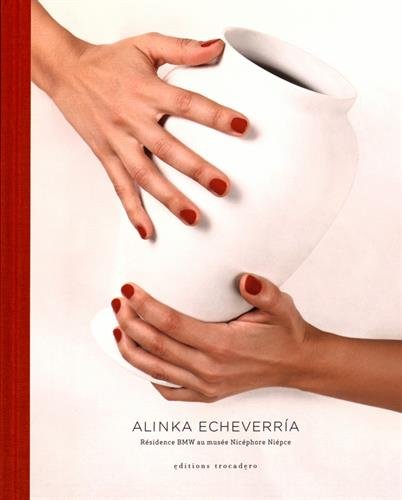 Nicephora is a four-part project that brings together archival research, collages, 3D renderings and a Greek amphore created during the BMW experimental research residency at the musée Nicéphore Niépce in 2015.

The history of early photographic invention is largely dominated by men. With few exceptions, the place of women was before the lens, not behind it. Inspired by the codices of ancient Mexican mythology, Echeverría’s sculptural leporello of collages, Fieldnotes for Nicephora, presents extensive research into the representation of women since the origins of the medium.  While immersed in the colonial archives of the Nicéphore Nièpce Museum in France, she found herself both intrigued and appalled by the fetishized and exotic depiction of women, for example, the widely disseminated postcards featuring Algerian prostitutes.  With a background in cultural anthropology, she reconsiders the manner in which male and colonial gazes have been carried forward through photographic codes and techniques, deeply penetrating the contemporary collective conscious. Feminizing the name of Nicéphore Niépce with an ‘A’, Echeverría explicitly reframes the legacy of this white, male pioneer of photography from a feminist and postcolonial perspective.