In Search of Frankenstein 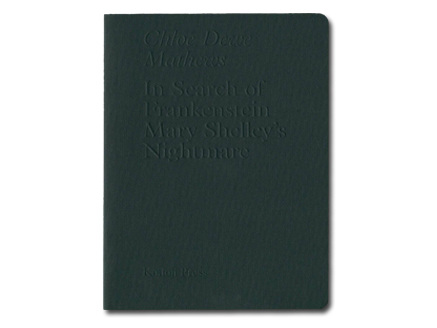 In 1816 Mary Shelley conceived the idea for the novel Frankenstein while stuck at a villa near Lake Geneva in Switzerland as a result of terrible weather conditions. The eruption of Mount Tambora in Indonesia in 1816 contributed to the poor weather in Switzerland, and this period became known as the ‘year without summer’. 200 years later, British photographer Chloe Dewe Mathews returned to the region and created In Search of Frankenstein – Mary Shelley’s Nightmare. The series is an exploration of environmental and social issues, reflected through the themes of Shelley’s novel. Also included in this volume are excerpts from Shelley’s Geneva Notebook – the first half of Shelley’s original manuscript. The result is a meditation on our complex relationship with the natural world, both historically and at present.