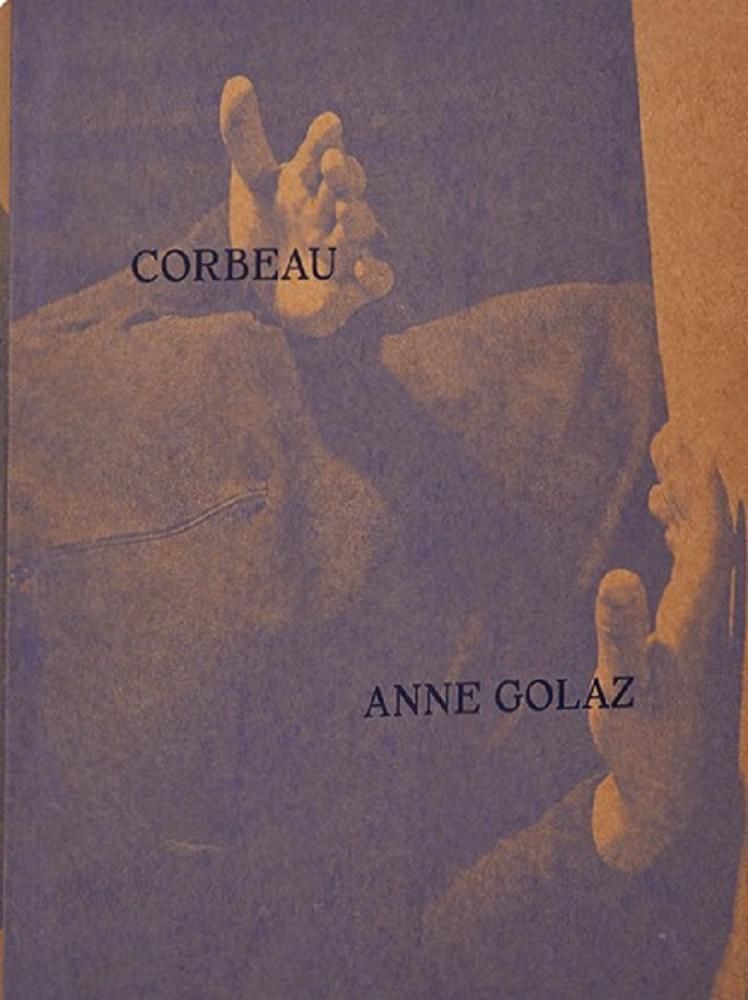 Part memoir, part tableau, Corbeau is a multi-layered narrative collage tracing life and death in the rural farm on which Swiss artist Anne Golaz grew up. Made over a twelve-year period and bridging three generations, the three-part book weaves together photographs, video stills and drawings, with texts by the author, screenwriter and playwright, Antoine Jaccoud, as well as the artist’s own writings. Jaccoud reconstructs transcripts of conversations between family members and memories recounted by the artist to build this intricate story of stories into a dramatalogical work. The protagonist of Corbeau is a young man seen in each chapter dutifully working on the farm. Gradually, however, his sense of duty appears to be instilled with doubt, a doubt that infuses the entire book.

Exploring themes of time, life, destiny and death, Corbeau – which takes its title from an enigmatic poem by Edgar Allan Poe – eludes a chronological order to picture a place in which the future is only reminiscent of the past. And where destiny is shaped in the claire-obscures nooks of childhood. In the artist’s words, the narrative construction exists ‘in a vacuum’, which tellingly offers a framework for both support and destruction. It is within such a circumscribed space that mixed feelings towards heritage arise.