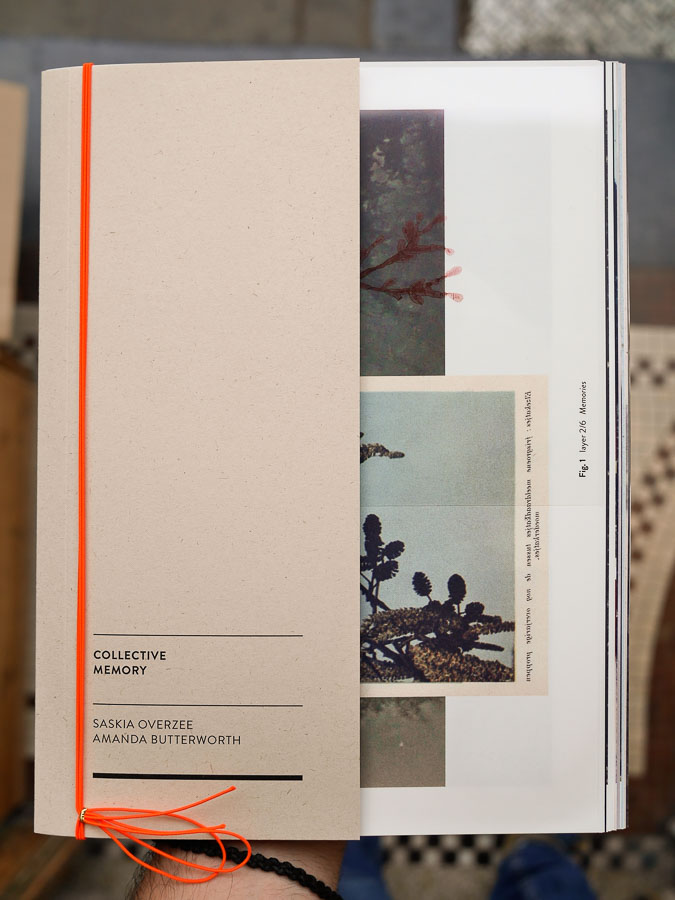 This non-linear book called Collectief geheugen (Collective Memory) is about the shared pool of knowledge and information in the memories of two or more members of a social group, passed from one generation to the next. It parallels the memory of a person who is better at recalling images than words. The book is bound with a removable elastic band. This way the reader can play a part and make his or hers own story, by re-arranging the page’s. Each book is signed, folded and bound by hand creating a unique book every time. Collective Memory was launched and presented during an exhibition at the Dutch design week in Eindhoven and was sold out during that week. Because of this succes we made a second (bigger better) edition in 2017. There are still a few copies available of the second edition.