War and Art: A Visual History of Modern Conflict 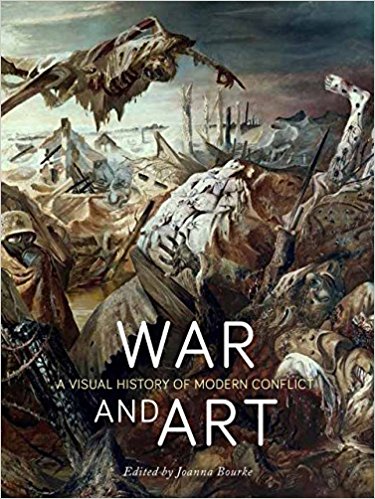 In times of crisis, we often turn to artists for truth-telling and memory-keeping. There is no greater crisis than war, and in this sumptuously illustrated volume, we find a comprehensive visual, cultural, and historical account of the ways in which armed conflict has been represented by artists.

Covering the last two centuries, from the Crimean War to the present day, the book shows how the artistic portrayal of war has changed, from a celebration of heroic exploits to a more modern, troubled, and perhaps truthful depiction of warfare and its consequences. The book investigates broad patterns as well as specific genres and themes of war art, and features more than 400 color illustrations by artists including Paul Nash, Judy Chicago, Pablo Picasso, Melanie Friend, Marc Chagall, Francis Bacon, Käthe Kollwitz, Joseph Beuys, Yves Klein, Robert Rauschenberg, Dora Meeson, Otto Dix, and many others. The volume also highlights the work of often overlooked artists, including children, non-Europeans, and prisoners of war. A wide range of subjects, from front-line combat to behind-the-lines wartime experiences are represented in paintings, etchings, photography, film, digital art, comics, and graffiti.

Edited and with an introduction by Joanna Bourke, War and Art features essays written by premier experts in the field. This extensive survey is a fitting and timely contribution to our understanding of art, memory, and commemoration of war.