The Aesthetics of Disengagement 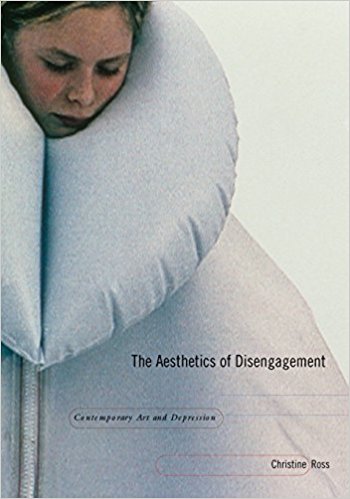 According to the National Institute of Mental Health, more than half of the world’s population will have a depressive disorder at some point in their lifetimes. In The Aesthetics of Disengagement Christine Ross shows how contemporary art is a powerful yet largely unacknowledged player in the articulation of depression in Western culture, both adopting and challenging scientific definitions of the condition. Ross explores the ways in which contemporary art performs the detached aesthetics of depression, exposing the viewer’s loss of connection and ultimately redefining the function of the image. Ross examines the works of Ugo Rondinone, Rosemarie Trockel, Ken Lum, John Pilson, Liza May Post, Vanessa Beecroft, and Douglas Gordon, articulating how their art conveys depression’s subjectivity and addresses a depressed spectator whose memory and perceptual faculties are impaired. Drawing from the fields of psychoanalysis as well as psychiatry, Ross demonstrates the ways in which a body of art appropriates a symptomatic language of depression to enact disengagement — marked by withdrawl, radical protection of the self from the other, distancing signals, isolation, communication ruptures, and perceptual insufficiency. Most important, Ross reveals the ways in which art transforms disengagement into a visual strategy of disclosure, a means of reaching the viewer, and how in this way contemporary art puts forth a new understanding of depression