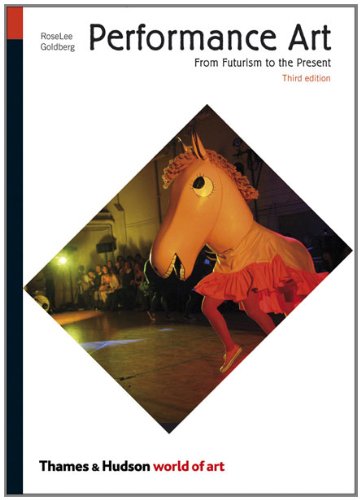 Performance is now featured in major museums and considered one of the most important artistic forms of the twenty-first century. An astonishing increase in the number of works and venues around the world testifies to performance as the chosen medium for new generations of artists.

This is a timely update to the essential guide.

First published in 1979 and now extensively updated, this pioneering book has been expanded with a definitive account of the technological, political and aesthetic shifts in performance art that mark the early years of the twenty-first century.

A new chapter features over 100 artists from around the world, both established and up-and-coming, including Marina Abramovic, Walid Raad, Francis Alÿs, Pierre Huyghe, Tino Sehgal, Sharon Hayes and Matthew Barney among many others, who can now be seen in the historical context from the Futurists and Dadaists to Yves Klein and Laurie Anderson.