The Panorama: History of a Mass Medium 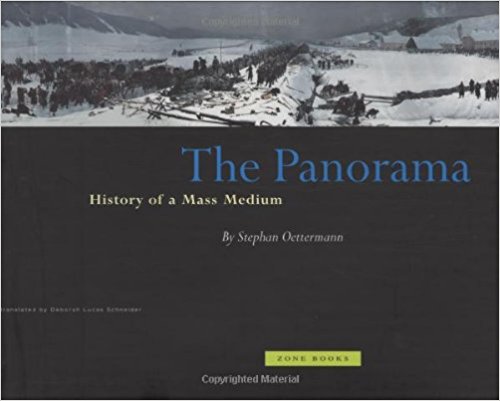 The significance of panorama painting in the nineteenth century is frequently cited in contemporary debates about visuality and the emergence of the modern spectator. Stephan Oettermann’s The Panorama is the first major historical study to appear in English of the rich phenomenon of the panorama, one of the most influential forms of visual entertainment in the nineteenth century. In this richly illustrated book Oettermann gives readers a concrete sense of the structural and experiential reality of the panorama, and the many forms it took throughout Europe and North America—a crucial task given that very few of the original nineteenth-century panoramas survive. At the same time, he outlines the many ways in which these remarkable and often immense 360-degree images were part of a larger transformation of the status of the observer and of popular culture. Thus, the panorama is treated not only as a new kind of image but also as an architectural and informational component of the new urban spaces and media networks.