The Art of Failure: An Essay on the Pain of Playing Video Games (Playful Thinking Series) 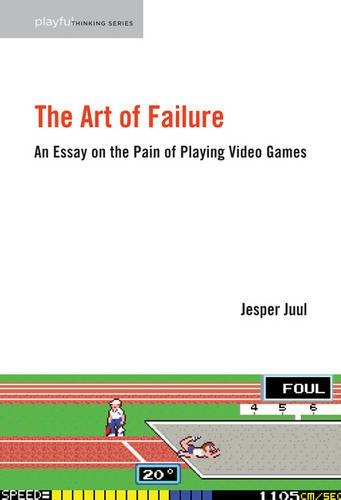 We may think of video games as being «fun,» but in The Art of Failure, Jesper Juul claims that this is almost entirely mistaken. When we play video games, our facial expressions are rarely those of happiness or bliss. Instead, we frown, grimace, and shout in frustration as we lose, or die, or fail to advance to the next level. Humans may have a fundamental desire to succeed and feel competent, but game players choose to engage in an activity in which they are nearly certain to fail and feel incompetent. So why do we play video games even though they make us unhappy? Juul examines this paradox. In video games, as in tragic works of art, literature, theater, and cinema, it seems that we want to experience unpleasantness even if we also dislike it. Reader or audience reaction to tragedy is often explained as catharsis, as a purging of negative emotions. But, Juul points out, this doesn’t seem to be the case for video game players. Games do not purge us of unpleasant emotions; they produce them in the first place. What, then, does failure in video game playing do? Juul argues that failure in a game is unique in that when you fail in a game, you (not a character) are in some way inadequate. Yet games also motivate us to play more, in order to escape that inadequacy, and the feeling of escaping failure (often by improving skills) is a central enjoyment of games. Games, writes Juul, are the art of failure: the singular art form that sets us up for failure and allows us to experience it and experiment with it. The Art of Failure is essential reading for anyone interested in video games, whether as entertainment, art, or education.