From Margin to Center: The Spaces of Installation Art 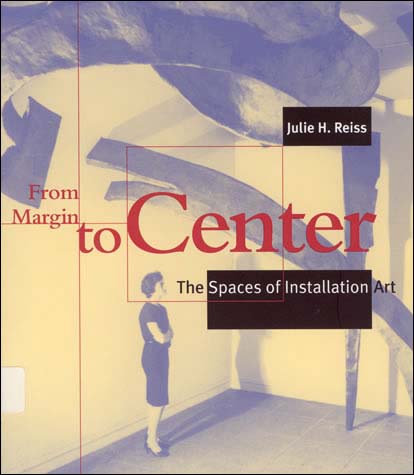 Unlike traditional art works, installation art has no autonomous existence. It is usually created at the exhibition site, and its essence is spectator participation. Installation art originated as a radical art form presented only at alternative art spaces; its assimilation into mainstream museums and galleries is a relatively recent phenomenon. The move of installation art from the margin to the center of the art world has had far-reaching effects on the works created and on museum practice.

This is the first book-length study of installation art. Julie Reiss concentrates on some of the central figures in its emergence, including artists, critics, and curators. Her primary focus is installations created in New York City—which has a particularly rich history of installation art—beginning in the late 1950s. She takes us from Allan Kaprow’s 1950s’ environments to examples from minimalism, performance art, and process art to establish installation art’s autonomy as well as its relationship to other movements. Recent years have seen a surge of interest in the effects of exhibition space, curatorial practice, and institutional context on the spectator. The history of installation art—of all art forms, one of the most defiant of formalist tenets—sheds considerable light on the issues raised by this shift of critical focus from isolated art works to art experienced in a particular context.