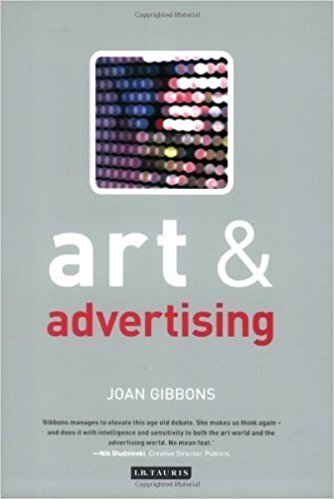 Art and advertising are often seen as potential enemies, with the one being free from commercial concerns and the other dependent upon them. In this clearly written and wide-ranging book, Joan Gibbons argues rather for a mutually enriching relationship between the two, showing how artists have reached a wider audience by embracing the tactics and mass media of advertising, and how advertising has employed issues and strategies of contemporary art. Charting key points of overlap and antagonism, she looks at the work of artists from Andy Warhol, Barbara Kruger and Victor Burgin to Sylvie Fleurie and Swetlana Heger and at landmark campaigns from Silk Cut to Benetton’s Shock of Reality. Exploring cutting-edge advertising from the influential work of David Carson to Wieden and Kennedy’s Nike campaigns and the art and advertising work of Tony Kaye, she also looks at the increasing endorsement of art by highly branded products such as Absolut vodka, to argue that art and advertising need not be mutually exclusive terms.