Boris Mikhailov: Look at Me I Look at Water . . . or Perversion of Repose 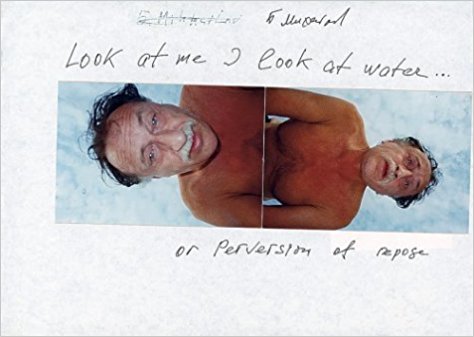 Rarely has anyone photographed reality in such an unprettified way as Boris Mikhailov. He captures the unadorned and the natural; in pictures devoid of aesthetic exhaltation, he concentrates on people and their living conditions. On his journeys through Russia, Germany and his Ukrainian homeland, Mikhailov has equally observed the poor, the well-to-do, the outcasts and the homeless. Look at Me, I Look at Water was composed in 1999 at the suggestion of the Heiner Mller-Society when Boris Mikhailov’s name was found in one of Heiner Mller’s notebooks. With this book Mikhailov is continuing, thematically and conceptionally, what he began with his artist’s book Unfinished Dissertation in 1985. The photographs are accompanied by handwritten Russian commentaries, which together give the impression of a private album which narrates stories from a chapter in the artist’s life.